Although air source heat pumps use electricity to run, they are highly energy efficient, sometimes over 300%. In other words for every unit of electricity used they will produce three units of energy or heat. A brand new boiler is 90% efficient, making air source heat pumps a great choice, especially if you don’t have mains gas in areas such as Colchester, Braintree and Bishop’s Stortford. The Renewable Heat Incentive scheme, allows you to receive a payment for the renewable heat you produce. This ensures that you get a financial return on any energy produced by your heat pump, and eventual payments usually cover the cost of any initial outlay such as the purchase and installation of your air source heat pump.

Placed outside your property, the air source heat pump will create more energy than it consumes, by drawing in air via a fan, which flows over a heat exchanger containing a refrigerant liquid. An evaporator heats this liquid which then turns into a gas. The gas undergoes a compression, causing it to heat up and it is then converted back into a heat producing liquid. The most popular heat pumps are air to water, which produce hot water for heating and washing. Other types of air source heat pump convert outside air into warm air blown into the home by fans.

Air source heat pumps are becoming increasingly favoured as an economical way to heat the home, and their efficiency is measured by the Coefficient of Performance or CoP. This in simple terms is the amount of units of energy created, so if the heat pump was producing 3kW of heat from each unit of electricity, its CoP would be 3. The efficiency of various makes and models of heat pumps at different times of the year where weather is colder or warmer, is gauged by the Seasonal Performance factor.

An air source heat pump works best where the home is well insulated, including the loft, walls and even floor! Ensuring minimum heat loss means maximum results from your heat pump and negates the need for extra costs to produce more heat. Your air source heat pump will save you money on fuel bills, reduce your homes carbon footprint and can function well during lower temperatures. Your home in Colchester, Braintree or Bishop’s Stortford could benefit enormously from an air source heat pump, staying warm and running efficiently and economically. 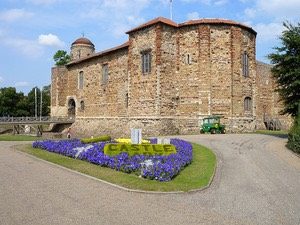 A Norman castle built around 1075 on the site of one of at least 8 Roman temples in Colchester, recently underwent a £4.2m redevelopment incorporating underfloor heating. Colchester Castle in Essex, is a grade I-listed building which was pretty cold all year round, creating problems and necessitating expensive forms of heating. The associated modern cabling, radiators and pipework also distracted visitors who were trying to experience the thrill of this ancient structure, and was also unsightly and covered some of the walls. A clever coil system will now heat the water for the underfloor heating, meaning a more comfortable environment.

Colchester Castle was given the ‘wow’ factor with historic depictions using internal wall projections, bringing a vibrant and entertaining edge to the buidling. Three segments explore the early years of the building during the time of the rise of Roman Emperor Claudius, and its destruction with the Revolt of Boudicca. Then its redevelopment as a Norman fortress, and finally rounds up the castles life from the medieval times to the present day. The sound and visuals of these shows are very impressive and enjoyable demonstrating its history with elaborate 3D and 2D technology.

Alternative Heating in Bishop’s Stortford. Crocodiles and Temples in Braintree 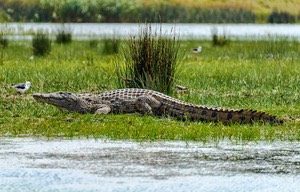 One rather alarming method of producing heat occurred in the town of Bishop’s Stortford back in 1825, when several buildings were set alight. A committee of concerned residents was formed and a reward offered to find the culprit, who turned out to be a cobbler named Thomas Rees. Rees was convicted of burglary and arson and deported to Australia. Apparently he was objecting to the imprisonment of two of his fellow burglars, luckily though he was fairly incompetent as an arsonist and the fires did not take hold.

Many locations have a ‘claim to fame’ and Braintree is no exception, as in1701 it became home to the first crocodile brought to England. Richard Bradley, the professor of Botany at Cambridge, was extremely interested in amphibians of all kinds, and kept the creature in the lake and grounds of his home. Braintree also plays host to the oldest timber framed barn in the world! The ancient barn is located at Cressing Temple and was built in around 1206AD by the Knights Templar. Cressing Temple which is between Braintree and Witham has some unique buildings and gardens like the timber barn, one of the few remaining in England.